Some time during late spring i noticed a few dispensaries lower the price on their top shelf/ tier. I don’t know if it had anything to do with what I noticed next…a new tier, entitled elite at some stores and secret shelf at others. I started seeing  ftp specials and other discounts excluded this new brand called Grow Sciences. By this time it had caught my attention, what is Grow Sciences, is it just hype weed? If you stumble on their Instagram you’ll notice their transparency and integrity, with live feeds of the cultivation, guided tours and updates. As Grow Sciences would put it they”…. Are laser focused on growing with elite genetics, making way for a craft cannabis brand free of mold, mildew and pesticides, and grown with the utmost patience and care.” With the hashtag #welcometoquality does it match up to Errl Cup 710 flower winner Tru Meds? Does it compete with Harvests premium tier… which both are in the same price range.

I was recently blessed with one of their “mixtapes” or their way saying a sample pack. which is a compilation of 7 different strains of flower, a half a gram of live resin and an exclusive c-cell vape cartridge with a Grow Sciences wizard pen. All this was held in a printed cardboard box that looked like a cassette mixtape. Opening the box the aroma was overwhelming and seeing the glass 1 gram kush jars with fresh sparkling flower inside…. Well it was the longest 15 min drive home. Upon further inspection i noticed that 3 out of my 7 jars were popcorn buds and 4 were perfectly symmetrical spear buds. There was more then science that went into these buds, there was love. After photographing my super swag like it was a new born baby.

I dove right in with the 91 OG live resin because I was waiting for my canna bestie to come over before i got into the flower. Cracking the seal and smelling the sweet scent and then looking down to see a glowing golden sauce that’s texture was smooth and clean of solvents. It didn’t stop wowing me there, the taste was just as amazing as the smell and texture combined sweet, smooth and clean. I hardly coughed at the end. It was the kind of dab you could offer your grandmother. After about 2 to 3 dabs the effects creeped up on me. When i woke up from my nap, I decided to have a quick snack because my canna bestie was on her way.

After my friend arrived and took pics of the bouncing bundle of buds we started with the purple punch. It wasn’t very purple but did have lavender hues, and it was covered with crystallized trichomes. This was one of the 3 strains that was popcorn buds and when i broke the bud open a berry sweet aroma filled the air. Grow Sciences really fine tuned this strain in on favor and the headspace was calm and relaxing.

The next strain we tapped into was the lesser known strain of Underdog OG. This bud was a was a bright green with white shiny trichomes in a spiral. The taste was mellow with a faint herbal tea flavor after exhale that left me wanting to hit it again. For being a pretty much unknown strain Im glad Grow Sciences brought this strain to the valley.

Ghost cookies was next on the list. It was hard to make out the color pass all the white crystal trichomes but had bright green, dark green and lavender hues that became apparent after crushing the spiral spear top bud up. A sweet and pungent scent permeated the room upon breaking open this profound work of art. The unique taste was a combination between earth and wood. That honestly reminded me of a crisp early morning dew. Then a pungent almost sour favor followed by a hint of sweet. Up until this point we did have plans to go out to an event. Those plans rapidly changed.

Deciding to smoke one more strain and then go on a munchie run. I went for yet another less known strain that Grow Sciences has brought in named Alpha OG. An almost neon green bud that was a  combo between a spear top and a popcorn bud. It was a mellow tingle earth taste followed by a hint of lavender.

Upon our return from eating, it was time for some desert which i thought Wedding Cake would be a good choice. This is a sticky terpy Fibonacci spiral pinecone that clogged my grinder. Opening the ksh jar the scent of sweet vanilla with the flavor of the exact same. I must say this is one of my newest favorite strains and was perfect for after dinner.

We were going to call it quits because we had both recently brought the last two strains, but what the hell. Moving on to one of my favorite strains Do-Si-Do, was dark green mixed with deep to light lavender. As come to be expected from Grow Sciences white crystalized powder tricones covered the buds. The sweet earthy taste this strain has been dialed in to perfection.

Due to the fact the my canna bestie and i Had just split an Urban Greenhouses signature C-vault of Girl Scout Cookie (GSC) by Grow Sciences, it was the strain we ended with. Like the Wedding Cake this GSC clogged my grinder with its dense, colorful light to dark green mixed with lavender nugs. Boasting a sweet cookie like taste and some harvests have tested at 25% Thc or higher. GSC from Grow Sciences is fire.

Wait! The night wasn’t over yet, we took a few hits off the exclusive vape cartridge. It was not strain specific just a hybrid mix probably. They did a Jupiter c-cell cartridge with a black and purple “wizard” pen. I didn’t notice it until i plugged it in to charge it but the tip lights up and has the Grow Sciences logo, (nice touch). This vape cartridge was unlike any i have had on the market so far. It is not harsh on my throat like high end vapes have been. Although i didn’t notice the effects of the cartridge the 1st night. It did pass my peopling seal of approval as in….. It was so discrete because i did not cough and because i was in my own little world. Amazing product for ptsd out on the go.

“The idea behind this box and the artwork follows in the footsteps of musicians releasing mixtapes while perfecting their craft. This is the GROW SCIENCES MIXTAPE- a one of a kind combination of the first flavors from the garden and our lab….”

Grow Sciences is doing big things and raising the bar on the quality and craftsmanship of cultivation in Arizona. In a state that doesn’t require dispensaries to display let alone have and keep test results on site, and with an on going concern with mold and chemicals and other harmful products in our meds its refreshing to see a grow not cut corners for profit. Grow Sciences beats out the buds of other cultivations that are in the same price range. This also holds true with their concentrates, due to the “patience and care” of their top notch flower. If this is only the beginning, i can only imagine the things that come from them in the future. Its like king midas, that everything he touched turned to gold. Only in Grow Sciences case everything they grow turns to fire. I have no doubt that they will win the categories entered at the Errl Cup in January 2019 and the 710 cup in July, and will be for years to come. 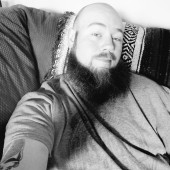